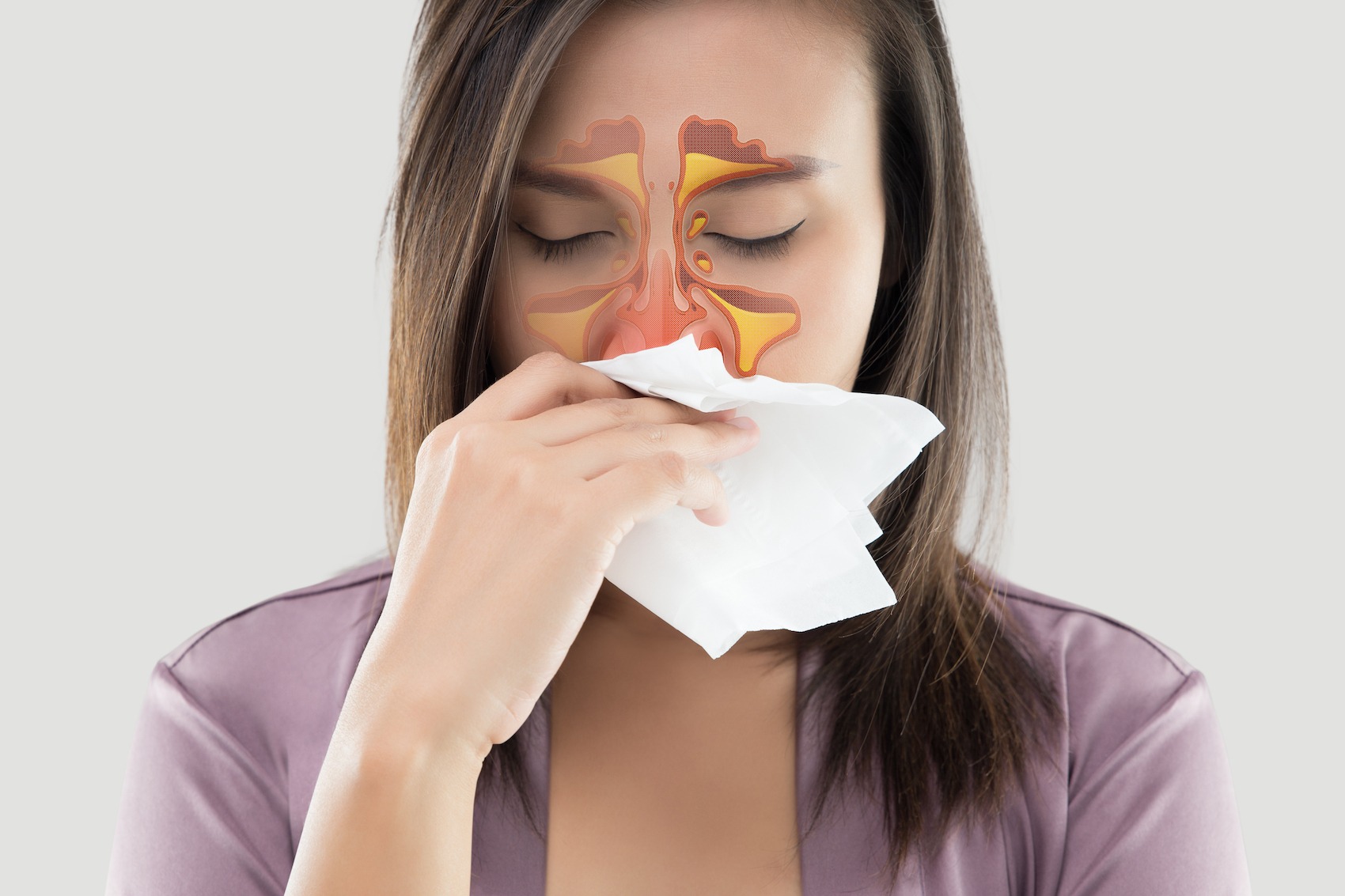 Conditions of the nose and paranasal sinus can cause many different symptoms including nasal blockage/congestion, discharge from the nose, nose bleeds, pressure and pain around the face and changes in smell. In certain circumstances diseases can also cause symptoms in the teeth, eyes and brain. Conditions such as rhinitis and sinusitis is very common in the community and can cause considerable distress and decreased quality of life.

The nose and sinus

The nose and sinus is made up of a mucus lining which drapes over the underlying bone and cartilage support structure. The nose is divided into the left and right nostril by the nasal septum which is made up of cartilage and bone. When this septum is crooked or deviated it can block one nostril, leading to nose blockage. Other bony structures in the nose such as the inferior turbinates can also be abnormally large and block nasal airflow leading to a blocked nose. These conditions are typically treated with surgery.

Aside from the bony structural problems in the nose, the lining can also be afflicted with disease. Rhinitis, or inflammation of the nasal lining, can be allergic or non allergic. The most common form of allergic rhinitis is hayfever where the allergy is to pollen. This typically occurs around Spring (October to December) and frequently causes symptoms of sneezing, itchiness and watery eyes. Other allergies such as dust mite allergy can occur throughout the year. Most common treatments of rhinitis involve nasal sprays, but other treatments such as desensitisation can also be considered. Desensitisation is a process where the allergen (the thing the patient is allergic to) is gradually introduced to the patient in extremely small doses to decrease the immune reaction. A new treatment is a tablet under the tongue which can be administered at home without any need for injections.

Sinusitis is a complex disease of inflammation of the paranasal sinus lining with multiple cases and facets. While some patients refer to sinusitis as a single entity, it actually represents a different spectrum of disease. This can vary from recurrent acute sinusitis, to chronic sinusitis with nasal polyps, to fungal infections, or even mucoele formation from chronic sinus blockage. Sinusitis can also be associated with many other diseases such as asthma, reflux or sleep apnoea.

Treatment depends on correctly diagnosing the type of sinusitis. Typically, medical treatment is important, including nasal rinses and nasal steroid sprays. When medical treatment fails or when there is concern of a possible tumour or mucocele then surgery is often required. The success of surgery also depends on choosing the appropriate operation for the pathology. Typically operations are done through the nostrils using a small endoscope with specialised instruments. 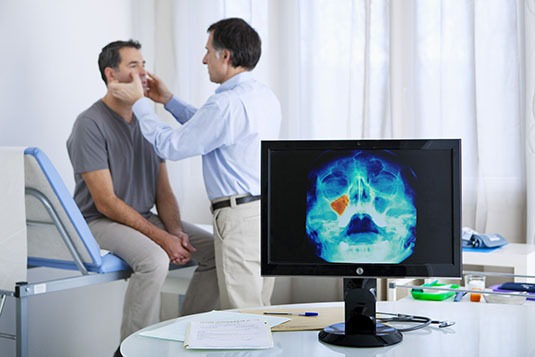 Book an appointment at your preferred location